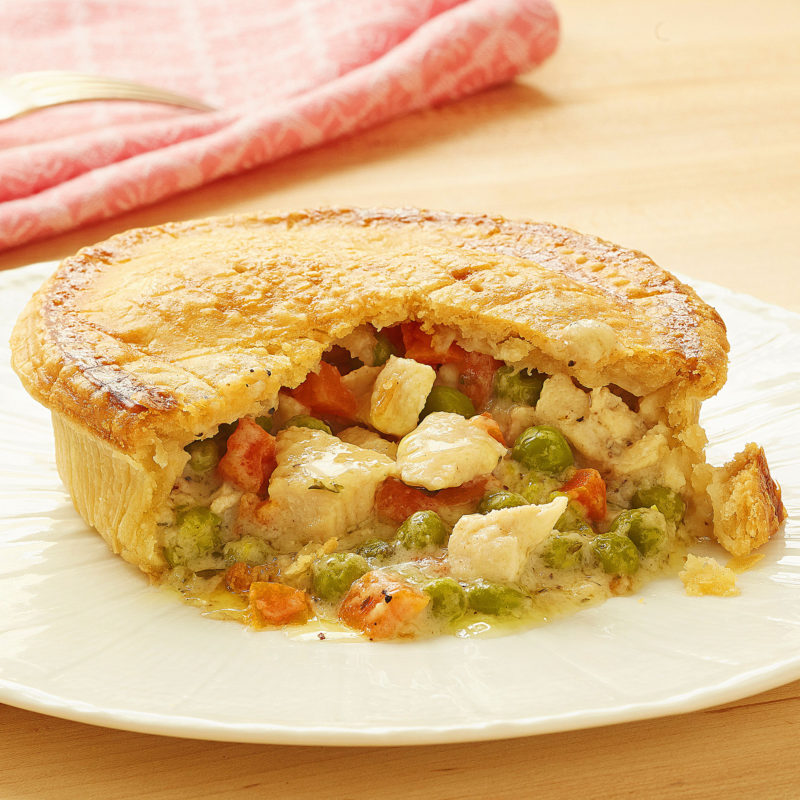 We made an early decision at Little Pie Company, that our pies would be made from scratch, we began this labor of love, by hand rolling a four ounce ball of dough into a six inch circle, that would eventually become a pie crust, later to be filled with tender white chicken chunks and a  mixture of fresh cream with peas, carrots and onions. Then baked just right.