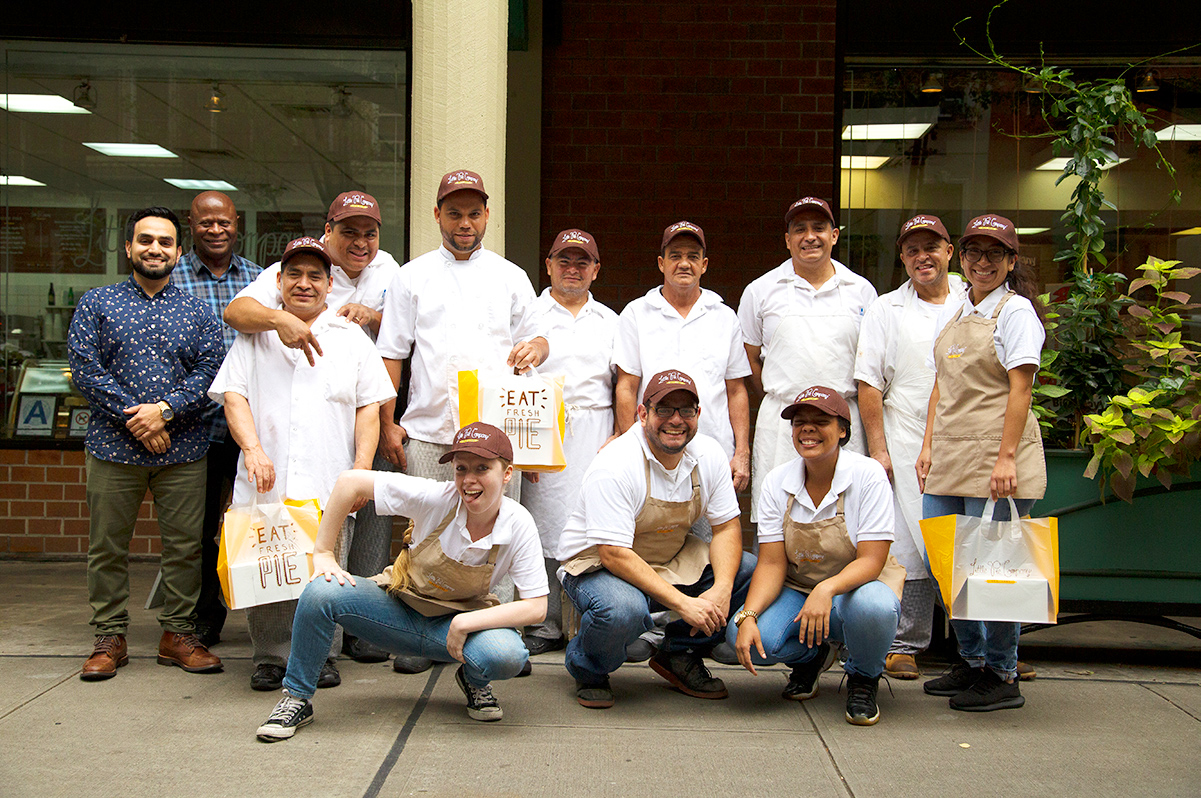 At Little Pie Company, we put a lot of care into our fresh, handmade pies, and the same goes for our neighborhood and employees. For the last 33 years, Little Pie has been creating a little family of its own. “All of the bakers have been working with us since the beginning,” says Arnold Wilkerson, creator of Little Pie Company.

Arnold started his career as a Broadway actor. With a great love for baking, stemming from his grandmother, Arnold began crafting his own homemade pies and selling them from his little Manhattan apartment during his spare time.
In 1985, Wilkerson opened the Little Pie Company in Manhattan’s vibrant theater district, where his thoughtful, homespun desserts have been on display in the bakery’s large picture windows ever since.

Today, Arnold shares his vision with Danny, who worked his way up to vice president. Danny was a neighborhood dreamer that started as a dishwasher while in high school and supported Arnold through the good times and the bad. Recently, Katherine P., the daughter of one of the weekend managers back in the 1980s, described Little Pie Company on Yelp as “An amazing hidden gem,” and wrote not just about the amazing pies, but the sense of home both Arnold and Little Pie Company created for her and her family.
Read More!

Come by, have a chat with us, and try one of our pies! Favorites include good Old-Fashioned American Apple Pie and Mississippi Mud Pie—and of course, your favorite!